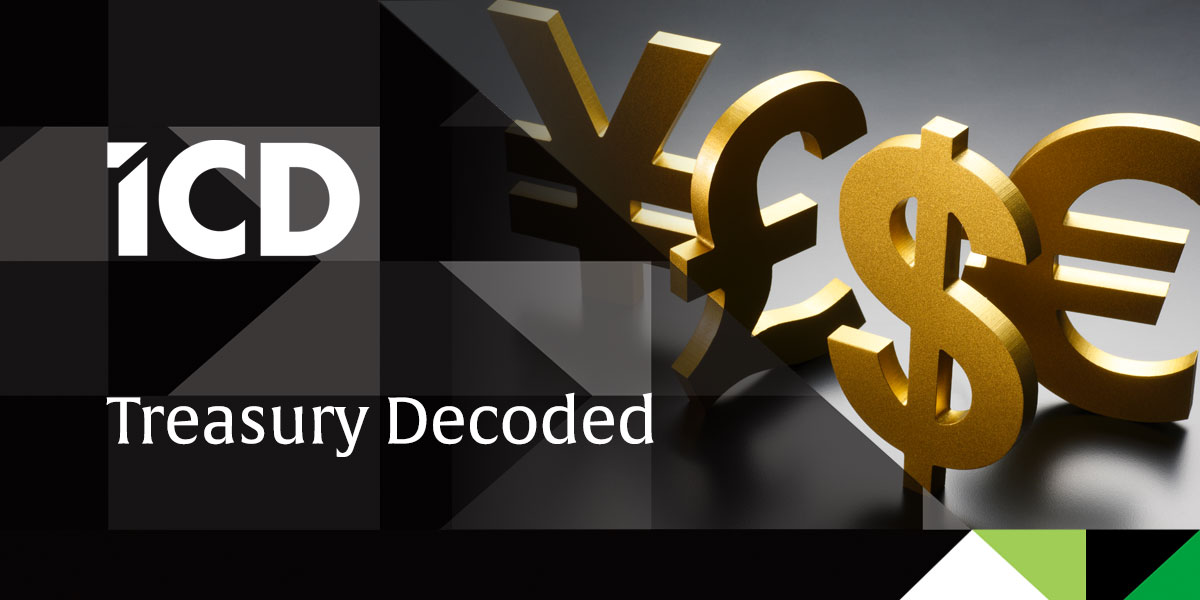 While markets returned to a relatively normal state by late April and early May, events in March bordered on irrational. Volatility had reached the highest levels in decades. As the impacts of the novel coronavirus began to sink into the financial markets and into the heads of corporate executives, markets went “risk off”.  Tellingly, the yield spread between Prime money market funds and Government funds widened significantly, from 12.5 bps to 47.4 bps at its peak.

ICD worked with The Carfang Group to analyze the aggregated trading activity of its nearly 400 clients during the period between March 2 and April 8. ICD clients currently manage more than $215 billion in average daily balance on ICD Portal and represent companies of all sizes across every major industry. As such, the data represents over 110,000 positions, providing an illuminating perspective on what happened. The analysis reveals that money market funds as an asset class performed flawlessly, providing ICD clients with daily liquidity at market, even as investor emotions led them to de-risk.

“A traditional analysis would have led you to put all your money into Prime, but with risk driving decisions, just the opposite happened,” says Tony Carfang, managing director of the treasury strategy firm, The Carfang Group.

By late March, ICD clients were adding assets to their Government holdings, increasing flows by 117%. “If only $10 billion of that increase had gone into Prime, those investments would have earned an additional $830,000 each day,” Carfang says.

Not that Mr. Carfang would have advised his clients to put all their money into one fund type. Rather a balanced portfolio would not have excluded Prime from its investment mix.

“I think the reason why Prime funds held up so well is because Government funds held up so well, and that took the pressure off of Prime,” says Peter Crane, CEO of Crane Data. “Because investors were bucketing their funds, they didn’t have to hit their liquidity so hard and so fast in the Prime space. They knew they had Government assets, and they were raising more assets. Money was flowing in.”

The funds provided customers daily liquidity at NAV for all of their funds. “Never was a corporate in jeopardy of getting their money back on the same day,” says Crane. “Most funds were far more liquid than required.”

During the analysis period, flows into Government and Treasury funds on ICD Portal rose 117% and 295%, respectively, while Prime assets fell 71%, albeit at a fairly even pace over a period of a week before bottoming on March 23.

“The biggest trend was the move towards liquidity, which almost gets drowned out by the concerns over Prime,” Crane says.

Following its emergency rate cut of 50 bps on March 3 and its 100 bps on March 16, the Fed took additional actions to bring confidence to volatile markets, bolstering liquidity with backstops for commercial paper and money market funds.

The chain of events began on March 10, when reports that possible business disruption and trading bottlenecks in the CP market threatened companies’ ability to pay back cash. The Fed acted quickly on March 17, restarting its Commercial Paper Funding Facility (CPFF), which it instituted during the global financial crisis. The CPFF allows highly-rated corporations to sell their CP directly to the U.S. Treasury, assuring they will be able to roll over paper currently held by money market funds. The next day the Fed also instituted the Money Market Fund Liquidity Facility, which provides guarantees to banks that purchase highly rated securities from money market funds.

“The rush from Prime seems to have been all about the headline risk,” Carfang says. “Effectively, financial assets of all types were being supported by the federal government, so instruments like Prime funds should have been priced much closer to the level of Government or Treasury funds, but instead the spread went up to 47 bps. That makes no economic sense.”

During that same week, the Bank of New York Mellon and Goldman Sachs added liquidity into their Prime funds by repurchasing assets. These actions were preemptive measures to ensure liquidity would stay above 30%, a threshold that requires fund boards to decide whether to impose fees or gates on redemptions, which neither institution reached. Market NAVs remained relatively stable over this period in March, and even Prime funds, which directly reflect stress in the credit market, maintained mNAVs of $0.99914 at their lowest, only a $.00086 deviation.

“These funds didn’t come close to breaking the buck, and no one triggered gates or fees,” says Crane. “So that’s a victory for Prime, and for money funds as a whole. Having diversity between funds and being able to move between them regardless of which bucket springs a leak is always a good idea.”

Another indication on the performance of money market funds as an asset class is its ability to absorb vast amounts of cash.  Through the five-week analysis period, the market was able to take in $782B in new assets.

A Look Back, A Look Ahead

Money market funds held up well, leading some to suggest that recent money fund regulations and policies did what they were supposed to do.  However, Carfang sees it differently.

“Upwards of $1 trillion left Prime funds following the regulations put in place after the global financial crisis, and, sure enough, it was the dearth of buyers in early March that led to the seizing up of the Commercial Paper markets and the resulting panic in the stock and bond markets,” says Carfang. Prime funds had been the largest purchasers of commercial paper.

“I think it was a confluence of events that caused people to doubt the future and sell off everything in the stock and bond markets,” says Crane. “That happened, and then the same thing happened as in 2008, when even safe investments were scrutinized.”

Unlike programmatic trading at banks, or hedge funds that have rigid rules for portfolio trading, corporate investment policies are generally broad in nature, giving treasury organizations a wide berth in the way they allocate short-term assets.  When left up to human decision-making, the natural reaction in times of uncertainty is an additional bias toward capital preservation over that of yield.

“The human element is a major factor in what we saw in the days following the Fed’s March 3rd move,” says Carfang.  “The interesting trend we saw looking at the behavior of the ICD client base over the course of the analysis is the timeliness of their decisions versus those of the broad market.”

Analysis shows that 88% of ICD clients trading on ICD Portal were logging into their portfolios every day. “These are very active investors, and I imagine that the availability of information ICD provides, proactively, and the function of the ICD Portal might actually make them better prepared to act,” says Carfang.

Comments from ICD clients during this time support this hypothesis, noting ICD’s analytics, their firm’s ability to easily move between funds, and the ability of ICD’s Global Trade Desk to find capacity for them across funds in the market.

So, where do corporate investors go from here?

“The spread versus the associated risks on Government and Prime funds represented a significant premium over those of Treasury Repo and Government Repo funds,” says Carfang.  “While emotion certainly played a part in the initial market moves, reason needs to guide investors going forward, given the assurances policy-makers have put in place to give confidence.”

“The old investment adage of the balanced portfolio is tried and true as corporate investors find footing while the COVID-19 market continues to unfold.”

The market, for now, has stabilized on all fronts. The government has shown its willingness to support all aspects of the market from a fiscal and monetary policy perspective, and professionals have settled from the chaos of moving on market events and moving their offices to their homes. Corporate investors are finding balance at work, at home, and in their portfolios. What does the data tell us about how the rest of the year might unfold, ... More Rising Rates and the Road Ahead for Institutional Money Markets

This year has been anything but uneventful with shifting dynamics driving growth and inflation, rising ... More

By subscribing, you confirm you’re happy for us to send you our latest articles.

Yield is back. Will you be ready to seize the opportunity?